The Institute of the Estonian Language (Research and Development institution, R&D) is partly project-based (research projects and national programmes), and partly based on direct funding (i.e. an allowance for the implementation of the “Development Strategy of the Estonian Language 2011–2017”, whose action plan is annually confirmed by a decree of the Minister of Education and Research).

1. Genesis of the Estonian language: lexis and grammar of historical sub-languages

This field carries on long traditions of studies in the Estonian lexis, grammatical system and onomastics. It is related to the projects “Word and concept in the development of Estonian vocabulary and place names (2010–2014)” and “The Cultural Shift in Estonian in the 17th and 18th centuries (2014–2017)”.

Speech studies at the Institute have a history of 50 years. The institutional project “Speech styles, sentence prosody, phonological variation: description, theory and modelling (2015−2020)” is a follow-up to the target-funded research project “Modelling intermodular phenomena in Estonian (2009–2014)”. The results are applied in Estonian speech synthesis: newsreader, spoken subtitles, audiobook generator.

Dictionary-making is based on lexicological research, corpus linguistics and lexical semantics, and is closely connected with European e-lexicography. Since 2015 the Institute is the only compiling, collecting and storing facility for big academic dictionaries in Estonia, as well as the creator and developer of necessary dictionary writing systems. Gradually, all lexical collections important for the national culture have accumulated in the Institute.

The Institute is the national centre of corpus planning. The literary standard is maintained by the Dictionary of Standard Estonian (2018) and the Handbook on Standard Estonian (2019) and recommendations given to language users, incl. free linguistic advice (6000 phone queries and over 3000 emails per year; over 7600 pieces of advice on the website). Advice is also given on names, special terms. Plain language and EU language planning are fostered.

The Institute manages the termbases Esterm and Militerm and the Dictionary of Education, which contain over 60,000 entries from more than 50 domains. Esterm receives nearly 100,000 queries on average per month and Militerm 5000. Terminologists participate in terminological committees; they guide and train work groups in terminology work.

In 2015–2023 the Institute is a partner of the Centre of Excellence in Estonian Studies (CEES), participating with two research themes:

Both have grown out of research areas with long traditions in the Institute.

The Institute acts as a partner in university graduate school programmes. From 2009–2014 we participated in the Graduate School of Linguistics, Philosophy and Semiotics, which was a joint operation of the University of Tartu, Tallinn University, the Institute of the Estonian Language and the University of Göttingen. Within the graduate school, we organised five international doctoral seminars in the key areas of the Institute, such as Estonian language history, terminology, lexicography, speech technology, word grammar in dialects vs standard language, and oral speech.

Contact in the Institute
Roosikrantsi 6, 10119 Tallinn, Estonia
phone: +372 6177 500
e-mail: This email address is being protected from spambots. You need JavaScript enabled to view it.
contact person: Hille Pajupuu 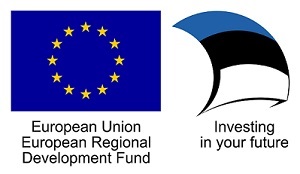